29 September, International Day of Awareness of Food Loss and Waste

Today we celebrate the International Day of Awareness of Food Loss and Waste (IDAFLW) to call to action to halve food waste by 2030 and reduce food losses along the food production and supply chains. Europatat members are fully committed to maintain food waste levels as lower as possible and they will keep doing that in the years to come!

According to the latest FAO’s data available, approximately 1/3 of the food produced in the world for human consumption is lost or wasted. In the European Union, around 88 million tonnes of food waste are generated every year, costing more than 143 billion of euros. Moreover, latest estimates done by the United Nations Environment Programme in 2021 suggests that 8-10% of global greenhouse gas emissions are associated with food that is not consumed.

Food waste has important negative impacts in environmental, social, and economical terms. For this reason, the European Union and Member States have committed to meet the Sustainable Development Goals (SDG), which include a target to halve per capita food waste at the retail and consumer level by 2030 and reduce food losses along the food production and supply chains. At international level, the United designated 29 September as the International Day of Awareness of Food Loss and Waste (IDAFLW). The main goal of this day is to call to action to both the public and private sector to prioritise actions and move ahead with innovation to reduce food loss and waste towards at all levels of the food supply chain. 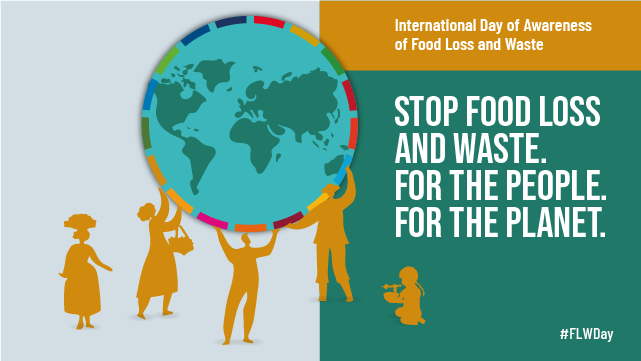 The European potato sector fully endorses the goal of halving food waste by 2030 and reducing food losses along the supply chain. A survey launched among Europatat company members in the second half of 2019 showed that 70% of the respondents already had in place specific strategies to reduce both potato waste and the environmental impact of their businesses. This survey also showed that the amount of potato waste among these companies was mainly below 5%.

Given the fact that the latest estimations indicate that more than 60% of food waste is generated at household level, Europatat’s joint promotion campaign “Potatoes, prepare to be surprised – Europe’s favourite since 1536” is also putting the focus on tips to avoid and reuse potato leftovers. Follow us on LinkedIn, Twitter and Instagram for more information!

Europatat has also been an active member of the EU Platform on Food Losses and Food Waste, whose mandate ends at end of 2021. The Platform’s mandate will be extended until 2026 and Europatat has already applied to re-confirm its membership in order to keep showcasing the engagement of potato traders in the fight against food waste.