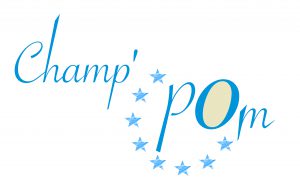 Champ’Pom Export was created 10 years ago in Champagne, at the heart of one of the largest French regions of potato production. Nowadays, this company produces and trades more than 30 potatoes varieties, selling a total of 40000 tons per campaign. A 20% of their sales is covered by their own production while the rest is produced by French partner farmers based in the northern half of France. Their production of more than 200 ha of potatoes per year allows Champ’Pom to work very closely with breeders, having the opportunity of previewing some of the upcoming varieties on the market and studying their behavior in the Champagne conditions.

Although Champ’Pom exports reach a dozen of European countries, the main destinations of their sales are in the western part of Europe with a current focus on the development of the European Eastern market.

Discover more about our members here.