The EU’s agricultural promotion policy is one of the flagship initiatives of the European Commission, aiming at supporting the competitiveness of EU’s agri-food sector. Fresh potatoes are one of the eligible products within the EU’s promotion budget. As such, Europatat has been involved in the promotion of agricultural products for many years, attending the Civil Dialogue Group Quality and Promotion and contributing to the several Commission’s consultations on this policy. Moreover, Europatat is one of the partners of the programme “Potatoes, prepare to be surprised – Europe’s favourite since 1536”.

Since 2015, the reformed promotion policy has financed more than 300 information and promotion programmes with a total EU contribution of almost €472m. On top of that, the Commission also dedicates part of the promotion budget (around €9,5m in the past years) to its own initiatives with the objective of giving more visibility to EU agri-food products on international markets.

In 2021, the Commission has launched a review of the policy, with a view to “enhancing its contribution to sustainable production and consumption, and in line with the shift to a more plant-based diet, with less red and processed meat and more fruit and vegetables.” To this end, the Commission opened a feedback period on the revision’s roadmap at the beginning of the year, followed by a public consultation that was open until 23 June. The preliminary results of the consultation were presented at an online conference on 12-13 July.

As one of the stakeholders involved in the EU’s agricultural promotion policy, in 2021 Europatat has:

Whilst at Europatat we support the Commission’s ambition to nudge consumers to healthy diets with more fruit and vegetables, we also defend that no products or sectors should be excluded from the future promotion policy. All agri-food products can be part of balanced diets and contribute to sustainability when following balanced dietary practices!

In the case of fresh potatoes, these remain an essential crop for EU’s agriculture both in terms of production and nutritional intake for European citizens of all ages. Potatoes are botanically classified as a vegetable and are also a key ingredient of a balanced and healthy diet as many food pyramids and health guidelines such as the European Food-Based Dietary Guidelines (FBDGs) and the World Health Organisation’s recommendations for healthy eating indicate.

By including fresh potatoes in the list of eligible products for programmes aiming at increasing the consumption of fruit and vegetables, the Commission would ensure that they are given equal status and consideration as fruit and vegetables in the context of its promotion policy.

The European Commission is now working on an impact assessment, which is planned for finalisation by the end of this year, and in a possible legislative proposal in 2022. At Europatat, we look forward to seeing the conclusions of the impact assessment and to give any further input, information or feedback that the Commission might deem useful. 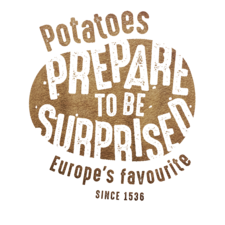