Europatat, the European Potato Trade Association, has celebrated today in Dublin (Ireland) its first physical General Assembly meeting since the outbreak of the Covid-19 pandemic. Europatat’s members have elected a new Board to lead the association for the coming years. Following this, Europatat welcomes Mr. Tigran Richter as the new President, as well as Mr. Domenico Citterio and Mr. Heero Gramsma to their roles as Vice-president and Treasurer respectively.

After two years of online meetings due to the Covid-19 pandemic, the European potato community gathered again in Dublin (Ireland) in the context of the World Potato Congress to celebrate the 70th Anniversary of Europatat. On Sunday 29 May, more than 90 delegates from 21 different countries participated in the Anniversary reception held in the Member’s Club of the Royal Dublin Society.

During today’s meeting of the General Assembly, a new Board has been elected, with Mr. Tigran Richter (DKHV) being appointed elected to replace outgoing President Mr. Gilles Fontaine (Desmazières), who has successfully led Europatat for the last four years. Mr. Heero Gramsma (Luonnosta) has also been re-elected as Treasurer for a final mandate until 2026 and Mr. Domenico Citterio (Fruitimprese) remains as Vice-President until 2024.

Europatat’s membership has also approved the association’s accounts and a new Strategy for the period 2022-2025. This Strategic Plan, describing a new vision and mission for Europatat, as well as the key fields of action and priorities for the next three years, will serve as the guideline for the association to serve the interests of the sector in the short-to-medium term and to achieve progress in all of its major objectives.

Tigran Richter, Europatat’s new President, has welcomed the new Strategy of the association and thanked the Board members and the entire membership for their trust. Mr. Richter is the Director of NORIKA, a German potato breeding company present worldwide and member of the Deutscher Kartoffelhandelsverband e. V. (DKHV), the association of the German potato traders who nominated him as a candidate for the Europatat’s Board open position. Mr. Richter has also been a member of the Advisory Committee of Europatat since 2017 and is the outgoing chairman of Europatat’s Seed Commission. 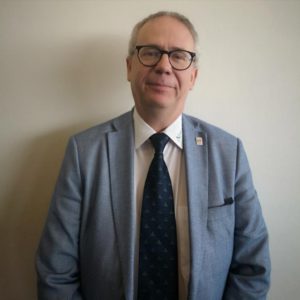 “I consider the election as President of Europatat as a sign of trust and confidence of our members and a recognition of my service as Chairman of the Europatat Seed Commission. It makes me proud to be the representative of such an important and active association as Europatat. I am convinced that almost 30 years of professional experience in the international potato business is a good basis for representing the interests of all members. I will support both, the stable continuation of the successful work done in the past and the further development of our organisation to master the international challenges existing today and emerging in the future.”

The Europatat’s 2021-2022 Activity Report, which provides an overview of the Association’s work since June 2021, has also been presented to the membership at today’s meeting of the GA. A digital version of the report is now publicly available here.