Following the Council’s green light to the opening of negotiations for a new partnership with the UK, Europatat has sent a position paper to the EU-UK negotiation team, as well as to the relevant officials in DG AGRI and DG SANTE, on which the sector calls on the European Commission to make a priority the amendment of current EU legislation in order to include the UK as one of the third countries from which the EU can import seed and ware potatoes.

Europatat members are highly concerned by the future of trade in potatoes between Member States of the EU-27 and the UK. With a home production of about 5,5 million tonnes of fresh and seed potatoes (representing about 10% of the total EU-28 production), the UK imports annually about 255.000 tonnes (EUR 112 million) of fresh or seed potatoes, of which around 191.000 tonnes (EUR 84 million) are from the EU-27 countries. This means that for the EU-27 the volume/value of fresh and seed potatoes sent to the UK represents around 12% in volume and 13% in value of all its exports. Whereas for the UK these imports represent 75% – both in volume and value – of all its potato imports. Regarding UK exports of potatoes (which total about 295.000 tonnes and EUR 138 million), these concern mostly seed potatoes, and almost 70% in volume (around 205.000 tonnes) and over 60% of value (around EUR 84 million) is sent to the EU-27 countries.

Therefore, it is of outmost importance for our sector that the negotiations results in securing the most stable situation as possible on what refers to volumes and values currently traded, and that the EU-27 operators do not loose competitiveness in the UK and international markets.

For further information and queries please contact us at secretariat@europatat.eu 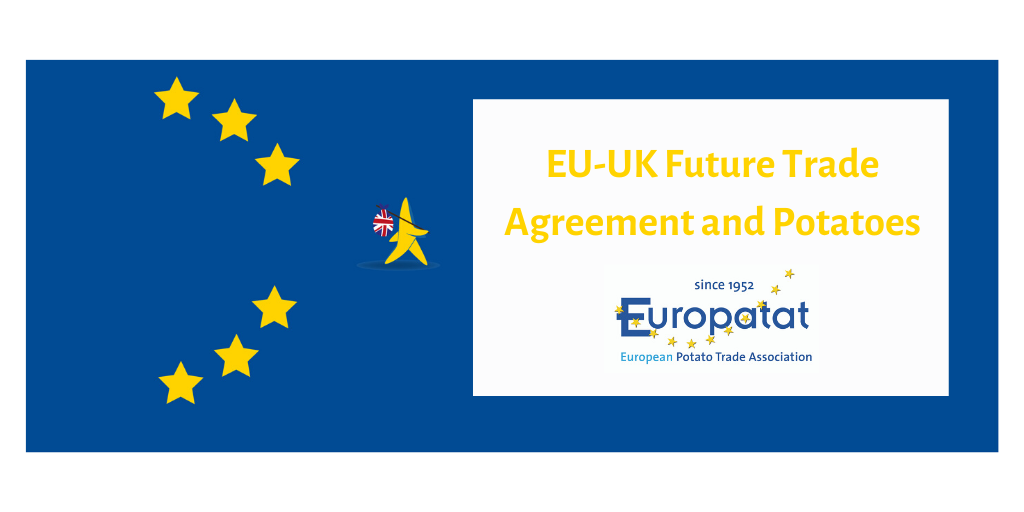