June has marked the end of Europatat’s Presidency for Mr Gilles Fontaine, who joined Europatat’s Board in 2014 as Treasurer and became President in 2018. Through these years, he has played an outstanding role in shaping Europatat for what it is today. The entire Europatat’s membership, Board and Secretariat would like to thank him for an extraordinary work and leadership that have led to a new and ambitious association’s strategy, mission and vision for the years to come.

Over the last four years, Mr Gilles Fontaine’ presidency has been characterised by innovative ideas, strategic thinking and, most valuable, his relentless efforts to increase the visibility and representativity of Europatat both at national and international levels. The resulting increased recognition has become an asset to our association, which nowadays counts with 64 members in 20 countries around Europe.

By all measures, Europatat has improved under Mr Fontaine’s lead with not only increasing the membership, but also building and securing a growing team of young and committed professionals inside the Secretariat, improving the financial stability and building a great relationship with other stakeholders from the potato supply chain. He is also leaving as a legacy a new ambitious strategy for Europatat whose mission is to connect, represent and coordinate a common voice for all actors in the European seed and ware potato trade chain towards European and international decision-makers and other stakeholders.

Newly-elected President Tigran Richter has stated: “Gilles’ energy and devotion to the role will be difficult to match, but he is leaving Europatat on a strong footing for those who follow him. On behalf of the membership, Board and Secretariat it is my great pleasure to thank you for your dedication and the great job you have accomplished in your eight-year term as Treasurer and President. We look forward to your ongoing involvement in Europatat!” 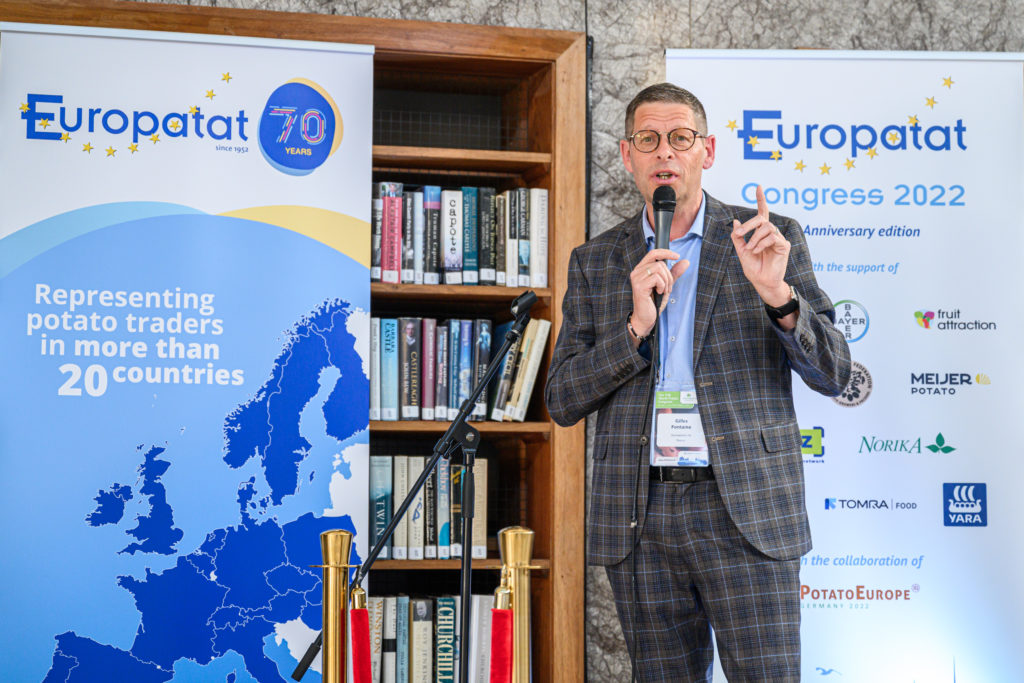